Runner’s high: what causes it and how to get it? 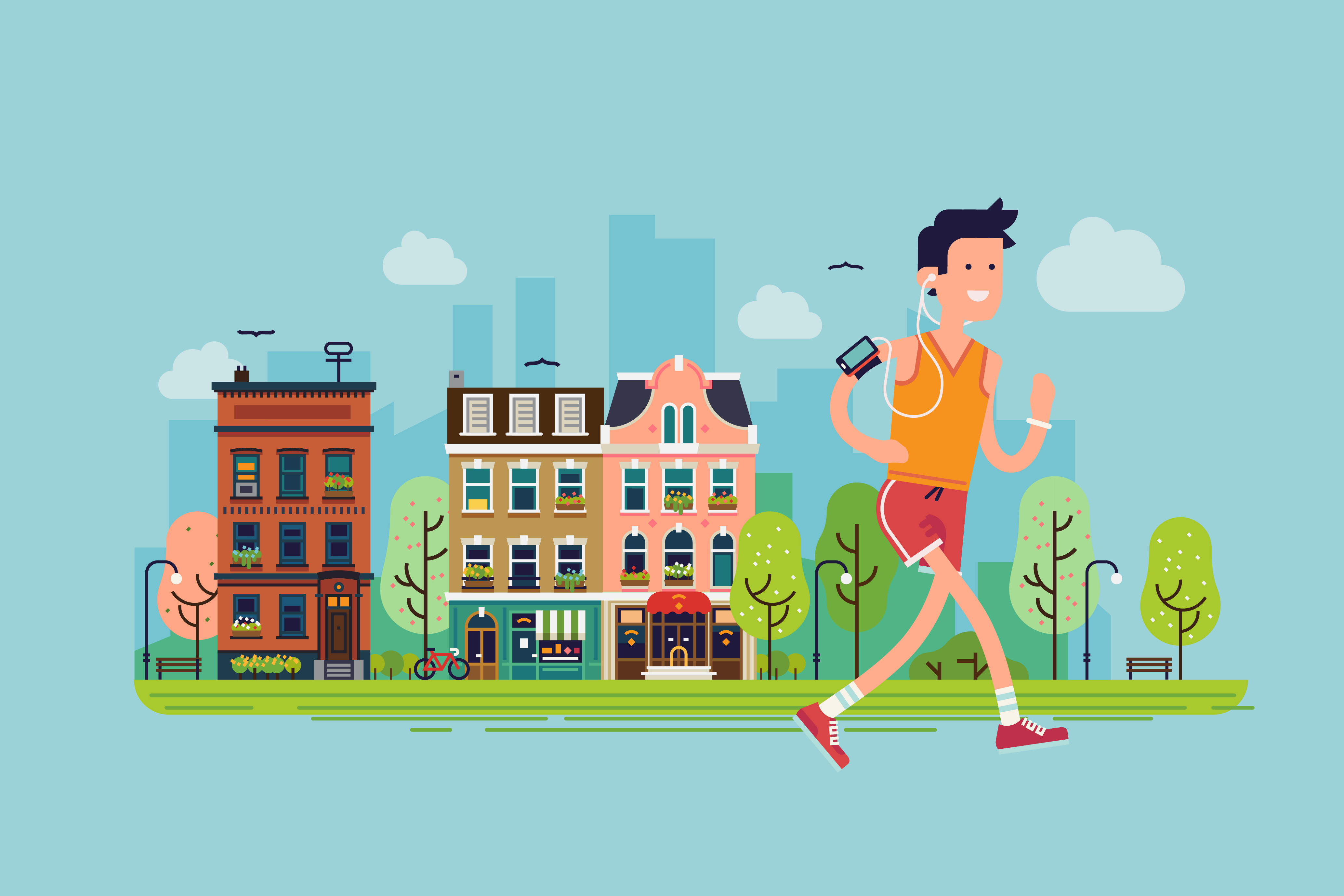 You had it, or you heard of it. Either way, you know about it. This sweet, exhilarating feeling that makes a run so smooth, comfortable, and gives you that happy feeling of achievement afterwards. It is a true sense of euphoria, the runner’s high.

But what’s behind that feeling? What causes it? How can you achieve it? It riddles not only runners who once experienced it and want more but also scientists, whose recent discoveries cast doubt on previous answers to these questions.

So let’s see if there is anything more than ‘endorphins make you feel happy’ to this subject and try to find some answers.

How endorphins affect the runner’s high?

The former belief was that during a sustained exercising our body produces endorphins. It is a natural opiate, that works a lot like its medically produced counterpart, morphine. And the reason to it lies deep in our roots when we had to run to chase down prey, or not to become one.

Since 1980s that was the legit argument after the research showed that endorphin levels in the blood spiked after prolonged exercise. It was assumed that these chemicals affect the brain and produce that happy feeling after a workout.

Note:
endorphins are secreted within the central nervous system and the part of a brain called pituitary gland.

But recent studies found that endorphins are not the answer. Because its molecules are so large, they can’t make it through the blood-brain barrier, that serves to keep certain molecules and pathogens from getting to the brain.

This statement is supported by the research with mice conducted in 2015 where mice were given a drug to block the effect of endorphins, and they still showed signs of stimulation.

It means that endorphins have little to do with these euphoric feelings, though they might play their part in runner’s high. This chemical may not affect the brain, but it still works as a natural painkiller and can reduce the pain during intense exercising sessions.

Do endocannabinoids cause runner’s high?

Another chemical that our body pumps out is called endocannabinoid. The most examined endocannabinoid produced in a body, anandamide, has similar psychoactive calming effect as cannabis (that’s right, marijuana). Its levels also increase during exercises, and it can actually pass the blood-brain barrier, which makes it be a very probable answer.

Note:
anandamide makes you feel happy during a run :) 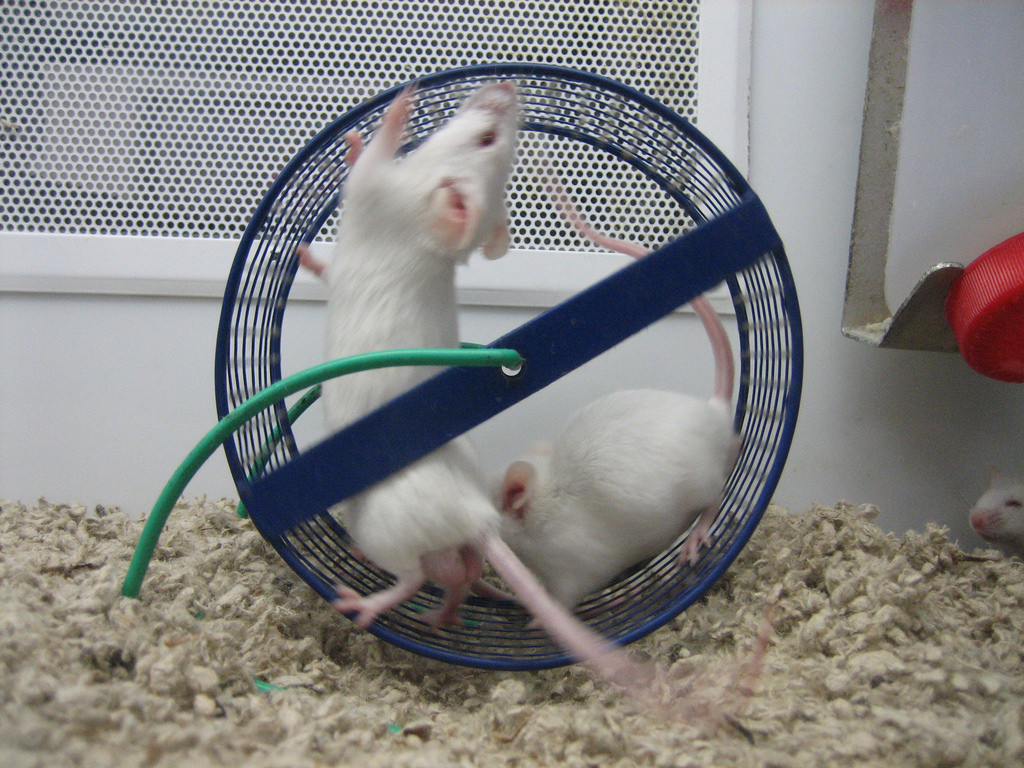 In that same study with mice, endocannabinoids were also chemically restricted, just like endorphins. But this time, mice have been more sensitive to pain, and haven’t shown a sign of the runner’s high.

Though this is pretty convenient, there’s one strong argument against — mice are not humans. Only until it is tested on humans, the endocannabinoid theory is just a theory and can’t be decisive in this question.

Can other chemicals cause the effect?

Endorphins or endocannabinoids are first to spring to mind when a talk is about runner’s high. But other factors may well be the answer and deserve some credit, too.

Neurotransmitters like dopamine, serotonin, and norepinephrine secretion also tend to be released and produced during intense exercises. They’ve also shown a positive effect on the mood, reducing depression. Aside of anandamide, they as well might be the cause of euphoria you feel when you hit the runner’s high.

Another study with mice has also shown exciting results. It suggests that neither of mentioned factors is in play, seeing mice with the lower level of leptin ran almost twice farther than mice with normal level of leptin.

Also known as “satiety hormone” leptin inhibits the feeling of hunger in order to regulate our energy levels. Basically what it does, is when you feel hungry, you are more motivated to run. This way our body encourages us to get out and catch prey.

Ultimately, leptin is sending the brain a clear message: when food is scarce, it's fun to run to chase some down

There’s yet another theory, that correlates runner’s high with body temperature. Some researchers believe that it is associated with the elevation in body temperature that comes with longer-duration exercises. “And it may be through the hypothalamus, which is closely linked to temperature regulation mechanisms”.

How to get the runner’s high?

Now that you have an idea of where it may be coming from, you must be wondering how to get the runner’s high. And this is a legitimate question for both newbies and seasoned runners.

It’s been proven that runner’s high comes during intensive physical activity, usually endurance training, so you need to push yourself. A body releases endocannabinoids as a reaction to discomfort. It means that accustomed routine probably won’t be enough stress to get the runner’s high.

But pushing yourself too much might be too overwhelming to feel any good. In that case, the brain’s self-protecting mechanism may kick in and reduce blood flow and stimulation. So the trick here is to find a comfortable yet challenging routine.

Two hours seems to be ideal time length for encountering it. Aim for steady-state cardio at about 60% of capability. These are primary factors to get you the runner’s high. But adjusting your physical activity is not enough. There are so many factors that must line up for you to feel the legendary high.

First, the level of experience matters. Bad news for beginners — new runners are unlikely to experience the sensation. Which is really frustrating, because you need something like that to keep you going at the early stages. However, it may be a nice goal to achieve.

It’s not entirely clear why newbie runners don’t get the runner’s high. It’s probably a mix of few reasons. One is that beginners simply don’t have the endurance to run for 2 hours at a time. Another reason, not scientifically proved, is that new runners tend to focus on proper running form and efficiency. It’s not clear if the mental focus reduces the amount of anandamide released, or it just goes unnoticed as the brain is busy with other things. Nevertheless, these are most likely to explain why beginners can’t get the runner’s high. And it’s not so easy for experienced ones, too.

Many athletes craving to get the exhilarating euphoria during some long distance race as an ace in the sleeve that will boost them to keep going. That’s why they are pushing themselves during training, yet fail to get it during race day. That is because stress level is one of the key factors here.

While pre-race tensity might be for good, chronic stress can dull the effect. So don’t push yourself too much and get at least 8 hours of sleep before a race.

Note:
endocannabinoid levels are three times greater in the morning

The best part it doesn’t necessarily have to be running to get the runner’s high. Basically, any kind of regular endurance routine, like biking, rowing, or swimming can get you the high if performed with proper form.

So go out, work hard, and let those chemicals elate you during exercise, boost your performance, and make you feel happy.